I’m really thankful I got the chance to attend the entire span of the US Cyclocross National Championships. I had a blast racing, spectating, heckling, cheering, obnoxiously ringing cowbells, talking to racers, meeting pros, and shooting photos throughout the elongated weekend. Sharing these photos with y’all has been truly joyful. Thanks everyone who was a part of my week in Austin!

And for the few that may still be wondering how I did in my 2 races on the first day, it didn’t go as well as I hoped! In the first race (10-29 non-champ), my chain fell off during the first bottleneck. I was running my bike through the bottleneck, remounted, and found it was off. By the time I got it back on, I think I was dead last, or close to it, as everyone had gone through. I got lapped (and pulled) with 2 laps remaining, and got 55th out of 72, so not bad considering what happened! I definitely failed to hydrate well enough and get electrolytes in between races, as the Industry race started 1.5 hrs after I finished the first race. I was starting to cramp pretty badly in my quads and left calf 2-3 laps in. Lapped and pulled with 1 lap left, and most importantly, didn’t get last (42/46)! 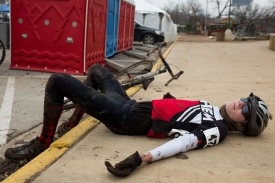 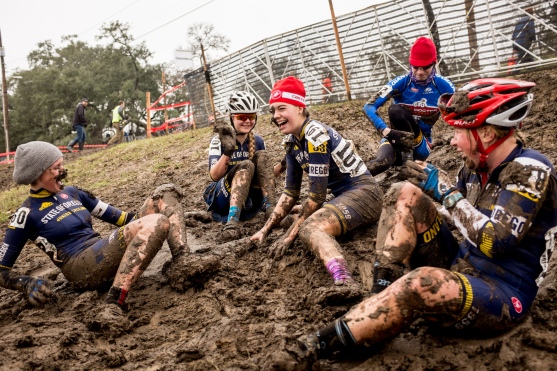 “Oh shoot, I just remembered I won’t have a shower before the plane ride!” Oregon Junior cyclists! 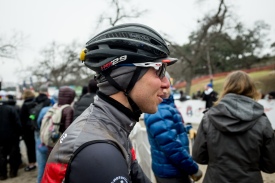 JPow profile before heading out for pre-ride.

This is what the butt of a 3x US Men’s National Cyclocross Champion looks like. #goals

Cody “The Kid” Kaiser (LangeTwins/Specialized) warming up at the stripped down Specialized trailer tent. 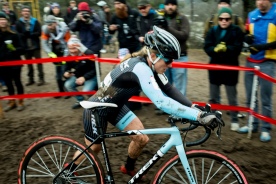 KFC after a steep, punchy runup.

Getting ready to remount in a moment. 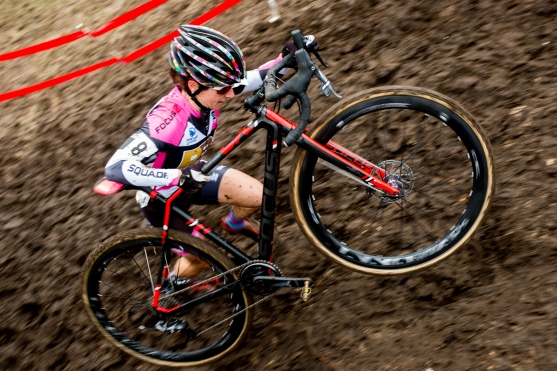 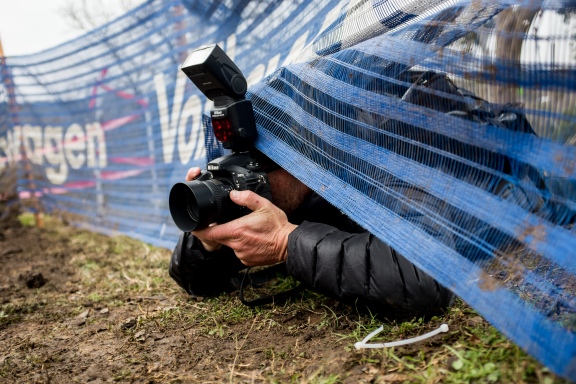 KFC FTW! Was anyone really surprised?

Kaitlin Antonneau (Cannondale p/b Cyclocrossworld.com) came in 2nd in the Women’s Elite. At age 23, she’ll be part of the squad representing the US in the Cyclocross World Championships in Tabor, Czech Republic!

Katie has struggled with her asthma at World Cup races this season, but not today! 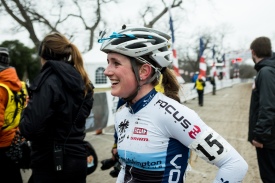 Ellen Noble (JAM Fund/NCC) is all smiles, winning the Women’s U23 division.

Someone give Daniel (www.manualforspeed.com) a Manual for Smiles! (Nice to meet you dude)

It’s not a good fight without a little blood. 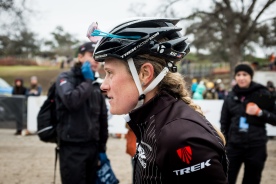 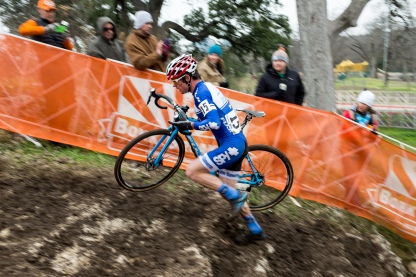 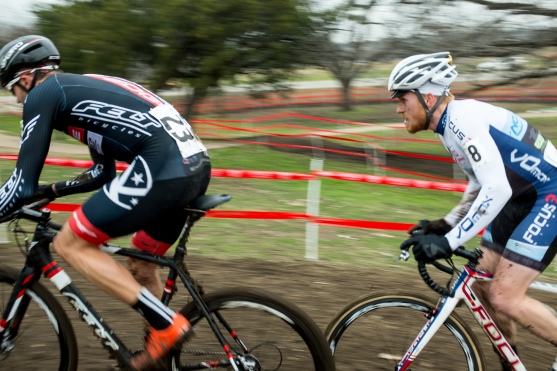 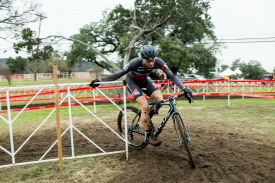 Using the course to his advantage. 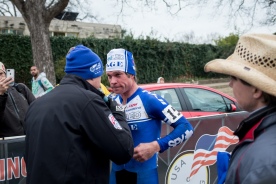 Page seemed very disappointed with 2nd. If it wasn’t for an early flat out of the pits, it would’ve been a battle royale between these two. 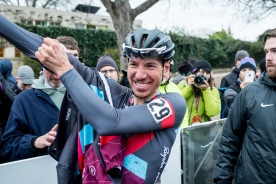 I’d be smiling if I won the National Championship too! 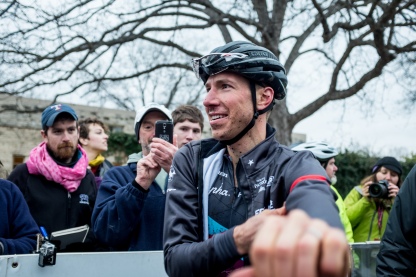 I can’t believe I got this close without an official media credential vest.